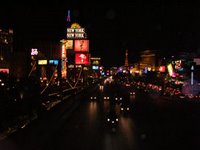 Today is Tuesday Nov. 14. We started our journey in Seattle. We left Tuesday, Nov. 7 from Seattle. Our first stop was Ontario, OR. From there we drove to Provo, UT. We left Provo for Las Vegas. We stopped for a couple of days in Las Vegas to meet with a friend. It was also nice to take the break since we’ve been driving full 8 hour days. It was nice to have a few days of decent food and the chance too walk around.

Its interesting driving from Seattle to San Antonio, TX. The landscape changes so much and so does the air. In Las Vegas the humidity was in the single digits – very dry. Nothing like what Seattle was when we left. Also as we’ve driven south the temperature has also changed considerable. Actually we left Seattle when we did because of the weather. We were running before a storm. Seattle, Idaho and Utah all had temperatures that would be dropping and snow would be coming to some of the areas we would drive through. As was, we were only one day before the storm, but we’ve made it this far safely.

Our current travel has taken us from Las Vegas, NV to Tucson, AZ. We got a late start today, but still made it in before sundown. Tomorrow we drive through El Paso into Van Horn, TX. The day after, Thursday we should make San Antonio.