I got a new garden toy. I got a smoker/grill, and yes my husband put it together. I had to help as it really is a two person job. Here’s what I got: 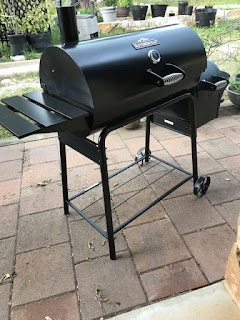 I picked it up at Home Depot. Its small, since I don’t cook for large crowds, and it was inexpensive, since its for me to learn. I’m glad I went this way.

All in all I’m glad I got it. But it will definitely be a learning process. And I’m going to get more briquets next time.