I  did a dance competition at the end of September, then a couple of weeks later we left for a cruise. We got back from the cruise the end of October, and a couple of days later my other half took ill. He’s been ill since then and unfortunately the garden has been on the back burner.

Its now mid December. We had a cool night, almost freezing the other week. But last night we had our first official freeze. Yesterday, Saturday Dec. 17 we had a high of 75 degrees. Though the low didn’t hit until this morning, we bottomed out at 23.5 degrees – a 50 degree drop. And this lovely cold is due to stick around a couple of days. Today, Dec 18 we hope to hit the mid 30’s, but then drop slightly lower for the night. Yes, we are bundled up and prepared to stay home the next couple of days. 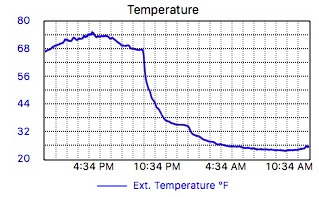