A lot has happened. Jan 12th my dear significant other had a quadruple bypass. This was totally unexpected. Nobody may expect the Spanish inquisition (thank you Monty Python), and we didn’t expect this. So far he is doing well. Surgery went well, he’s been home healing, we were able to get a friend to come help (well worth the money) and he’s even in cardiac rehab. Such a relief. But he’s still healing, still can’t lift over 5 lbs, and sometimes get exhausted easily. But he’s doing better and that’s what matters.

Consequently, the yard has taken a bit of a back seat.

But fear not we have not forsaken the garden. We did get a new walk path put in. 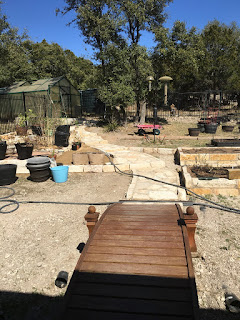 To give you an idea how unexpected SO surgery was we had planned for the walk path to be started the day he landed in surgery. But we had a landscaper do the work and it came out great. I have high praise for Abey and his group (Austin Creative Landscaping). They’ve been working in this yard since we bought the house and have done some great work and put us in touch with other good companies we’ve used.

Since SO is doing so well our friend/helper has been helping we in the garden. We trimmed the fruit trees, trying to root some of the cuttings, planted seeds that are already sprouting, set up a new strawberry bed so we now have two strawberry beds and of course added more strawberry plants, and are getting the garden beds ready for planting. A few plants have been moved around. We have two artichoke plants that now are not so close to each other. This will give them room to grow. We moved the sorrel since it hasn’t died and appears to be a permanent plant. Planted some potatoes, multicolored ones in some pots. 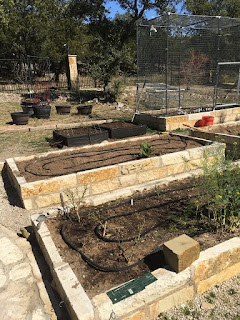 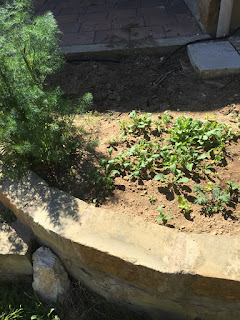 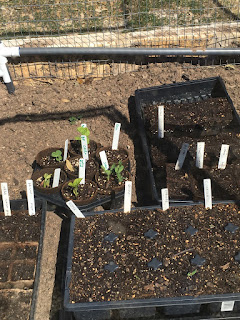 We even are trying to put in a berm to help water flow, if it ever rains. 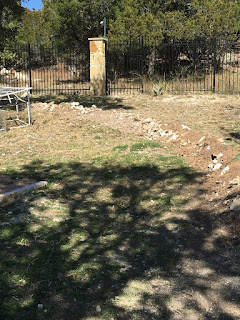 The weather went from cool, weird to I think its spring/summer now. Its been in the high 60’s up to the low 80’s. That’s probably why everything is growing and sprouting. Even the apple trees are flowering. I don’t know that we had enough cold for the fruit trees to do much, but we’ll see what they do this year. They have definitely grown this year. We even cut back the pomegranate. It didn’t flower last year so no fruit, but cuttings from it are rooting nicely. 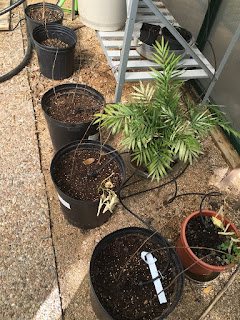 And we had new soil delivered to help refill some of the planters, add dirt to the berm, and anything else we can think of. 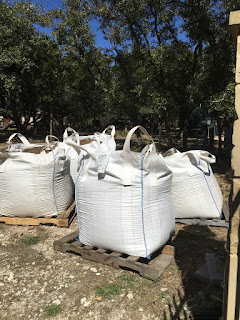 So spring is here. At least in our yard.